Flapping is the vertical movement of a blade up or down to increase or decrease lift in order to compensate for dissymmetry of lift. 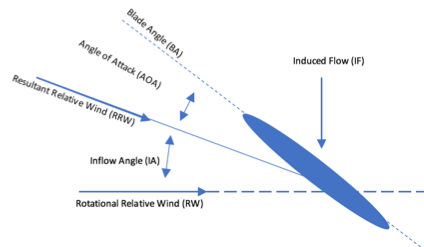 No Wind Hover: No Flapping

Moving the blade up is the same as increasing the induced flow, like walking into the wind verses with the wind. The AOA decreases as the RRW is influenced more the induced flow and less by the (rotational) relative wind.

Moving the blade down is the same as decreasing the induced flow, like walking with the wind verses into the wind. The AOA increases as the RRW is influenced more by the (rotational) relative wind and less by the induced flow.

Tagged under: Dissymmetry of Lift